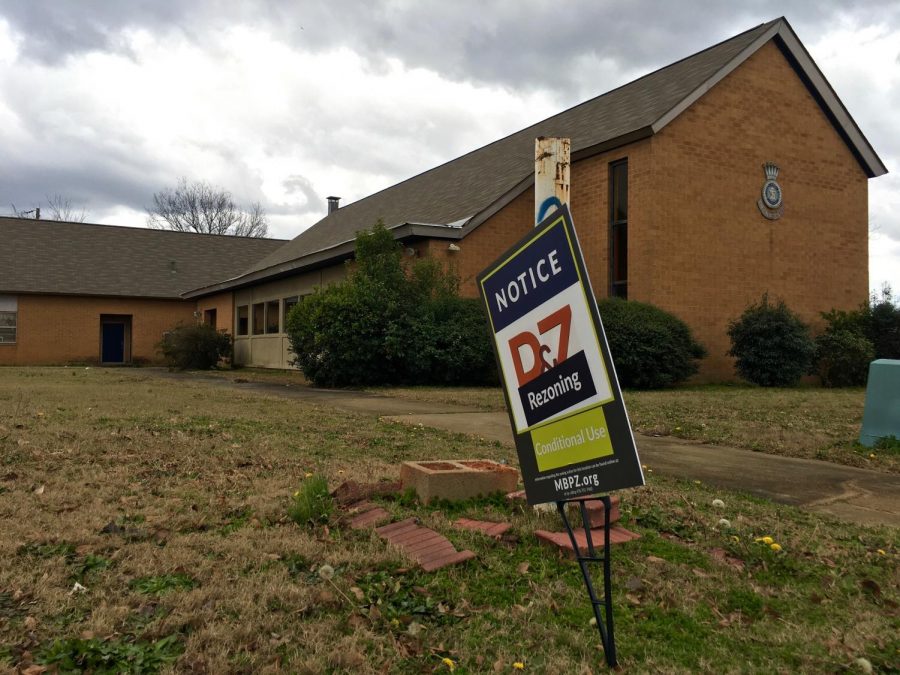 The old Salvation Army chapel at 2312 Houston Ave. will be converted to the new E.L. George Funeral Home across from Charles Bowden Homes.

At Monday’s Macon-Bibb County Planning and Zoning Commission, about a half-dozen people signed up to speak about a proposed new truck stop across from the Love’s on the southbound side of Interstate 75.

The Foresite Group and Carter Engineering Group want to rezone 31 acres at 5250 Sardis Church Road from agricultural to wholesale and light industrial to bring in one of the “largest publicly traded, branded” truck stops in the country, said applicant Stephen Galbraith.

“One of several we’re doing not only in Georgia but all over the country,” Galbraith said. “We love Macon and the excitement of being near an industrial area off I-75.”

The proposed truck stop, convenience store and repair shop would be the latest development since Amazon opened its distribution center across the highway and a new QuikTrip that will be opening soon.

Foresite’s David Stoniecki said the truck stop is expected to draw an additional 5,000 vehicles a day – 90 percent of that traffic will come directly from the interstate and not past any houses, but neighbor Jessica Malone said it’s already too busy.

“We have a lot of traffic from Love’s and Amazon down the road and I can’t even imagine what it will be like when QT is up and running,” Malone told commissioners. “We are worried about the environmental impact.”

Although seven people besides the project representatives expressed interest in speaking on the project, only Malone and Macon-Bibb County Dist. 7 Commissioner Bill Howell were on the Zoom call for the hearing.

Howell said he wasn’t there to speak for or against but to relay that he received multiple calls about the rezoning. He expressed concern about the number of accidents already at Sardis Church Road and Frank Amerson Parkway.

“I just don’t see adding any more traffic out there without some type of traffic device,” Howell said.

Commissioners voted to defer the request until March 22 to allow for a traffic study and to consider leaving a portion of the acreage zoned agricultural to secure the buffer between nearby houses and the portion of the land not being used for the proposed development.

On the opposite end of Frank Amerson Parkway, commissioners approved a mixed-use retail development at 4617 Hartley Bridge Road.

Although they have pending contracts for two of the spots, no tenant identities were disclosed but developers released only vague descriptions: a quick-service, 45-seat sandwich eatery with two or three workers, a 90-seat BBQ restaurant employing abut 4-5 people and a 51-seat restaurant with a future drive-thru.

Widner & Associates appealed to have zoning changed from multi-family residential to general commercial district for the old Salvation Army chapel across from Bowden Homes.

“I think it’s a good use for this area,” applicant Tony Widner told commissioners about the full service mortuary.

The approved rezoning and conditional use approval also covers adjacent property at 445 and 487 Ell St.

“What are they going to do on cleanup?” Bechtel asked about the plans to fence Rotary Park in the 600 block of Riverside Drive. “Left to those who bring their pets there?”

“I guess that requires you to use your pooper scooper or something,” Doveton said.

“If these people are leasing the property then maybe that will be an incentive for them to keep it cleaned up,” P&Z chairwoman Jeane Easom said.

Once the hearing was underway, Lambert explained her business model was to charge entry fees or memberships for dogs and sell to their owners beer, wine and soft drinks from an Airstream trailer. People without pets are permitted to come into the park enclosure for free.

During questioning, Bechtel inquired about the waste collection policy.

“With them being off the leash, you might have more refuse than an owner is willing to pick up or find or whatever,” Bechtel said.

The pending “Wag Watch” patrol will also be checking vaccination records to make sure the dogs are up to date on shots. Lambert said all dogs over 1 year old must be spayed or neutered to enter the open play area.

The commissioners approved the conditional use of the property for the dog park and allowed for live music on site.

Lambert plans a couple of pergolas for covered seating and tables with chairs under strung lights on the property across from First Street that she will lease from the Urban Development Authority.

Lambert plans a soft opening in the coming weeks where Barks N’ Brews will be open Wed. through Sunday from 4-9 p.m. during the week and 4-11 p.m. on the weekends.