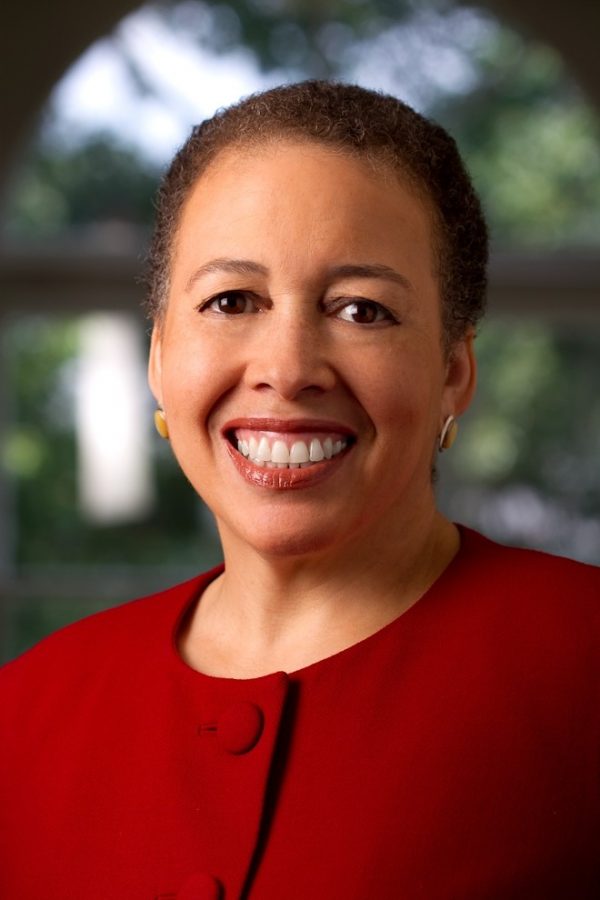 Mercer University welcomes best-selling author and president emerita of Spelman College, Dr. Beverly Daniel Tatum to the campus for a forum and dialogue with students, faculty, and staff. It’s the Conversation on Race and Racism Forum addressing diversity and inclusion issues.

Due to COVID-19 protocols, only 120 people from campus will be allowed to attend in-person in order to adhere to social distance guidelines. Masks will be required. Registration is also required for in-person attendance. Virtual viewing of the forum can be accessed here.

The first 100 in-person attendees will receive an autographed copy of Dr. Tatum’s best-selling book, Why Are All the Black Kids Sitting Together in the Cafeteria? and Other Conversations About Race.

Mercer’s Director of Diversity and Inclusion, Dr. Ansley Booker will moderate the forum which is co-sponsored by several campus organizations. Booker said Tatum’s book is used in the curriculums of colleges and universities across the country including Mercer’s Law School, School of Theology, and in the College of Liberal Arts and Sciences.

“She is a thought leader on race and racism. Several TED talks have reached out to her to have conversations to share her ideas and thoughts on race and racism, and inclusive environments in higher education,” Booker said. “Because again we know that the topic of race, racism, sexism, and those isms have penetrated not only education but healthcare, politics, and other forms in our society. So I think this is a perfect, perfect opportunity for her to share her conversation, her thoughts, her ideas,” Booker said.

Tatum’s research for the 1997 book comes from her background as a clinical psychologist.  When she worked as a  psychology professor, she offered professional development workshops to teachers and school principals. That is when she saw how students began to self-separate by race.

Among the information shared in her book, Tatum was able to pay close attention to the roles of self-identity and the various issues that can negatively impact inclusion. Also, issues that cause people to choose to remain with others like themselves.

Why Are All the Black Kids Sitting Together in the Cafeteria? and Other Conversations About Race was updated in a twenty-year anniversary edition in 2017.  National reviews identify the book as a classic unfolding of the psychology of racism that has proven to still be relevant today.

In June 2020, the 23-year-old book spent several weeks on the New York Times Best-Seller List at the height of racial unrest following the deaths of George Floyd, Breonna Taylor, and Ahmaud Arbery.

Booker said Last summer many Mercer students responded to the call for social change and still continue to seek opportunities for racial understanding.

Booker said the book also teaches readers how to be intentional.

Booker said having these conversations about race and inclusion not only helps all students feel safe and supported but encourages understanding. 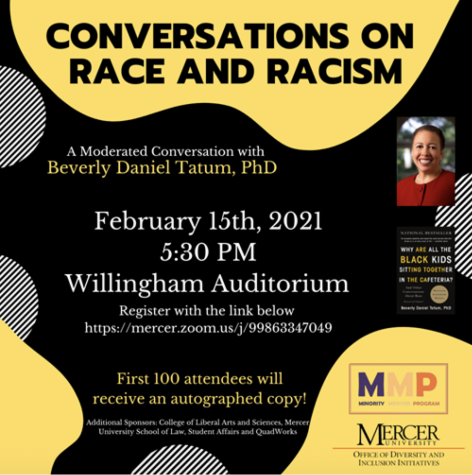 Booker also points out that as a teaching tool the book also explores distorted messages brought on by internalized oppression and self-stereotyping. She says Tatum also explains how critical it is to make sure that once people are invited to the table, everyone has a voice.

“How do you make them feel welcome, supported, and valued? You do that by amplifying their voice. You do that by listening to them, whether you agree or not,” Booker said.

In the 2017  book’s re-released for the 20th anniversary, it’s updated to include a detailed chronological journey that many Mercer students in their twenties can not only relate to, but Tatum said has shaped their world-view.

These and other topics will be part of the discussion during the Monday evening forum.

The Conversations on Race and Racism event is sponsored by the Minority Mentor Program, the Office of Diversity and Inclusion Initiatives, College of Liberal Arts and Sciences, Mercer University School of Law, Student Affairs, and QuadWorks.