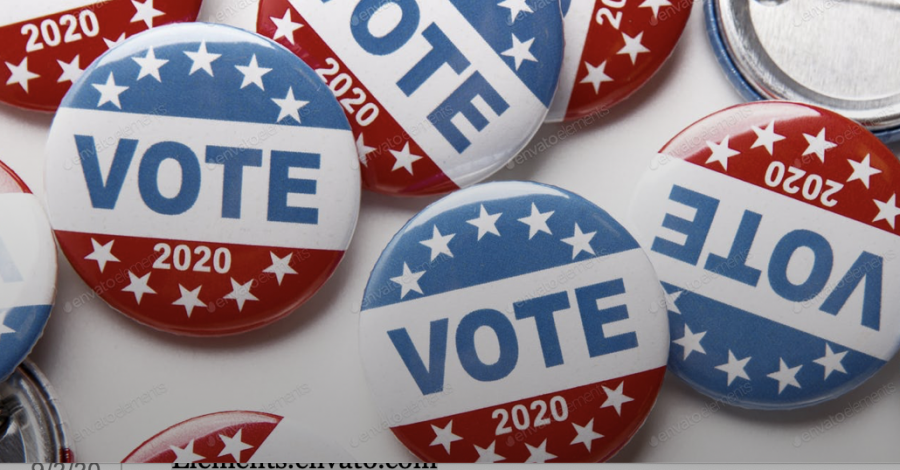 Young voters are understanding the power of their voice at the polls.

Mercer University senior Emily Hamilton said she and other young voters were motivated to participate in the elections because they wanted to tackle issues like racism, and the negative effects the pandemic has had on Georgians.

Working as a youth voting organizer with the NAACP, the 21-year-old Hamilton said she was especially proud to see the results of months of hard work.

“This was definitely the first opportunity that I’ve seen as a young voter where we’ve gotten to see the results of our political voice,” Hamilton said. “Young voters are definitely recognizing their political power.”

Hamilton was part of the Democratic ground game that drew voters to the polls in Georgia and produced Democratic wins in the presidency and the U.S. Senate not seen in the state since 1992.

For Hamilton’s part, she said some of her participation included working at the polls. She said she also texted thousands of Georgians a day, worked on online voter education campaigns and worked with the Mercer NAACP’s phone banking event to talk to Georgians about their voting plans.

In talking to many new voters, Hamilton said she could hear the enthusiasm among young people who understood the issues and their role in the voting process.

“I feel like from this point forward, we’ll see even higher numbers of young voters participating not only in national and state elections but also during local elections,” Hamilton said.

“But it was some of the most fulfilling, hard work that I think I’ve ever done in my life. Just because it was like you can see the fruits of your labor come to fruition,” Stock said. “Especially like on election day. I mean, it wasn’t quite the results that we were looking for, but you could see where you could have done better and where you did really well.”

Stock said many of the people he worked with were college-age or just graduated from college. For Stock, the experience broadened his political science education.

“It was a very cool and humbling experience because it really shows you the amount of time, effort, and funds that go into politics as a whole,” said Stock.

During both the general and runoff elections, Mercer students worked on and off campus and with outside voting efforts.

Students helped connect voters across the state to Lyft’s rides to the polls.

Civic involvement is not a new idea for 21-year-old Hambry. Through working with social justice awareness groups like Mercer’s non-partisan, Political Action Wednesdays, Hambry said she really started to understand the power of her voice.

“This election was the first I have been involved in to the extent I was with this one, and it was a result of the political activism that has been boiling in me for the last several years,” Hambry said.

“I was tickled that students were getting involved and then Madeline, I saw her name and that she had signed up for the Uber rides. And it’s just really neat to be working alongside all the generations,” said Bokros, who is also a founder of Political Action Wednesdays. “Historically, you know, it’s the retired folks working at the polls.”

Bokros and other students volunteered at the polls, and she believed students got as much out of the experience as she did.

“That was inspirational in the sense that I saw what precautions and training, the oaths we took, you know, my confidence in the whole election system was boosted substantially by working at the poll,” Bokros said.

According to the Secretary of State’s Office, Georgia has been on a continued trend of setting records for voter turnout since 2018.

People under the age of 30 in Georgia cast about 16% of the votes in the November 2020 election, which was 3% more than young people nationwide, according to AP VoteCast.

Georgia voters in general were aware of what was at stake during the nationally spotlighted state senate runoff races, where young people also played a pivotal role, according to AP VoteCast.

“I think the polarized political environment pushed people to want to take action, probably on both sides,” Bokros said.

2018 Mercer graduate, Juawn Jackson said, “Whenever a race is so close, people kinda wake up and understand my one vote does count.”

Jackson, whose educational roles include working with students from middle school to college, and member of the Bibb County School Board,  said it’s critical that people realize “it benefits all of us” to utilize all available opportunities to vote.

“At the end of the day we want everyone who’s over the age of 18, right, and able to vote, to be able to vote, regardless of you voting Democrat or Republican,” Jackson said.

While this election season is over, Mercer students have said they are committed to remaining active participants of the election process going forward.

“Your involvement in the way your government governs should never be conditional, and we as a group have more influence over that than I have ever previously understood,” Hambry said.

“Everybody understands that the younger vote means a lot,” said Stock. He believes politicians will be listening to mobilize voters.

Hamilton agreed and pointed out that many young people are now very aware that local and national politicians are starting to listen to what young voters have to say.

“They see that like we’re really getting good at organizing especially in Georgia. Georgia’s organizing has really been very successful, and I think it will get better in the future,” Hamilton said.