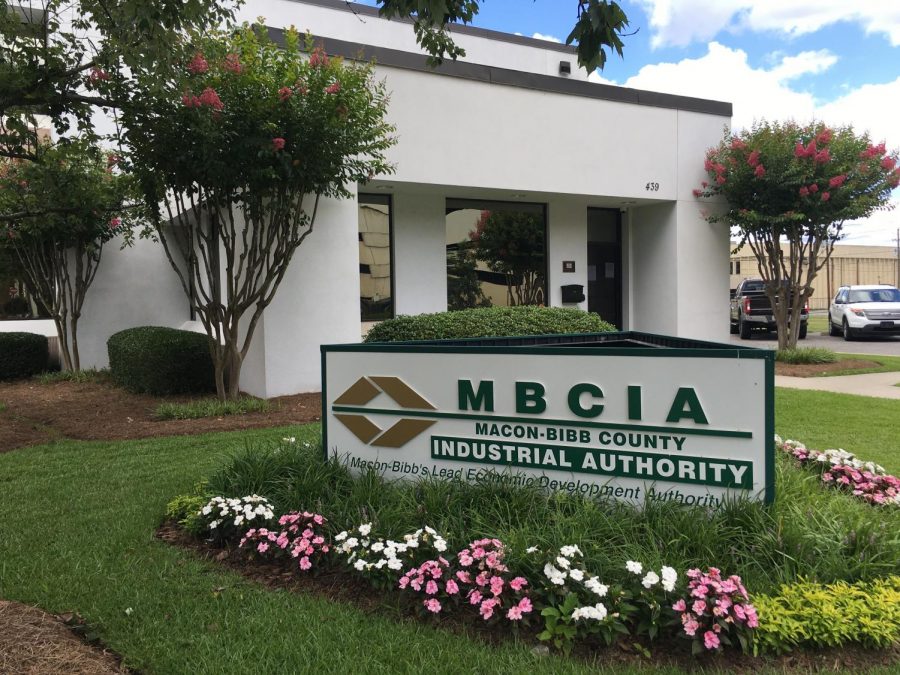 After a difficult year for business and industry due to the COVID-19 pandemic, the Macon-Bibb County Industrial Authority reports that companies are currently scouting the area for up to $500 million possible in total investments.

The Center for Collaborative Journalism’s “4 The People” division monitors more than four dozen government commissions, boards and authorities through its Civic Reporting Senior Fellow and Civic Ambassador program. We gathered 21 items of local interest for Macon-Bibb County as we embark on 2021.

After a tough year of lockdowns, layoffs and work shutdowns for local industry, the outlook for 2021 looks much brighter for recruiting new investment and reaping more jobs.

Currently more than two dozen companies are scouting the area for a potential $500 million worth of investment and 4,000 new jobs, Macon-Bibb County Industrial Authority executive director Stephen Adams told board members in their last meeting of 2020.

The new year will find one business literally rising up from the ashes as Middle Georgia Freightliner is rebuilding after fire destroyed part of the 51-year-old business on Hawkinsville Road.

The locally-owned and family-run company purchased more than 21 acres from the authority in the Interstate 75 business park not far from Sardis Church Road. A groundbreaking ceremony was canceled due to the coronavirus but the new showroom, parts and repair operations are set to open Feb. 2 – exactly three years from the devastating fire.

Macon also gets a second chance to host the 2021 Georgia Logistics Summit on March 23 at the Marriott City Center after this year’s event was postponed. The conference is billed as one of the most important logistics and supply chain events in the Southeast.

A big change is literally on the horizon for Navicent Health as the iconic red Medical Center sign will be turning teal in the Macon skyline.

The new year not only brings a new CEO to Macon’s largest hospital, but will debut a new look and rebranding for the organization to reflect its strategic partnership with Atrium Health.

“It’s really bringing together the great things we had here in Macon and connecting them to all the opportunities we have throughout the enterprise,” said Cynthia Busbee, vice president for public affairs and consumer advocacy.

Look for the Atrium “tree of life” to sprout up as “we become more and more through the brand affiliated with Atrium and increase the public knowledge of that,” Busbee said.

The former Navicent-only branding has “switched over to talking more about the strategic combination and all the value propositions for our region as we access more and more healthcare opportunities.”

The healthcare conglomerate will begin the marketing campaign in January, change signs and markings on ambulances and other vehicles in the fleet between February and April and by summer start changing names of the various entities within the organization.

“Nice presentation Cyndey. It’s a good look,” Navicent board chair Starr Purdue said after seeing the designs. The hospital did not respond to the Center for Collaborative Journalism’s request to see the updated look that was shared with board members.

New CEO Delvecchio Finley is expected to take the helm of Navicent Health in the beginning of February after leading the Alameda Health System in Oakland, CA, over the last five years.

He replaces Ninfa Saunders, who implemented the Navicent Health branding and signed the strategic partnership with Atrium Health, before her eight-year tenure abruptly ended in October. In July, Saunders announced she would be stepping down in early 2021.

The new year brings a new look and role for the Macon Water Authority as it becomes the storm water utility for the county.

In mid-December, board members approved a new logo for the utility which had a hodgepodge of looks, MWA president Tony Rojas said. The new design was intentionally kept out of the public eye during the Facebook live meeting as the authority wishes to introduce the “new logo to the public in an exciting fashion.”

In a ceremony at the Macon-Bibb County Government Center, outgoing Mayor Robert Reichert turned over the keys to heavy equipment the authority will need as it manages and maintains the aging storm drains.

Months of review show many of the pipes and drain systems are clogged with debris.

The authority will be educating the public this year about the residential and commercial fees that will be levied beginning in 2022.

A new water tower also will be erected on the old Atlantic Cotton Mill property between Mailey and Roff avenues behind the old Kroger on Pio Nono Avenue that is slated to become a storage facility.

The 3-million-gallon tank will rise over 200 feet above the ground and will last more than 100 years, said Ray Shell, deputy director for the Macon Water Authority.

Construction began in November but the project won’t be complete until summer of 2022.

Piles are being built 75 down into the ground to support the 25 million pounds of a full tank, Shell told the authority.

The tower will help maintain water pressure in the core service area in downtown in the event the pump system goes down. The additional supply also will provide water to satisfy the system demand during planned maintenance at the plant.

The tower also will relieve surge pressure in the system and preserve the life of downtown water lines that date back more than 100 years.

11. Crucial runoff and proposed expansion for Board of Elections

Perhaps no other county division wants to turn the page faster on the new year than the Macon-Bibb County Board of Elections, although its work continues into 2021 with the U.S. Senate runoff election Jan 5.

“There’s a lot to be done,” elections board chairman Mike Kaplan said.

More inquiries are likely at the beginning of the year as the control of the Senate hinges on Georgia’s runoff.

The board will be looking for more space as the hundreds of pieces of equipment in the state’s new voting system don’t fit in their current location. Machines are being stored in two rented cargo trailers behind the building.

The board’s landlord, which turned the old Westgate Mall property into an industrial park, has offered to add onto the building for a renegotiated rent amount.

Elections supervisor Jeanetta Watson said the off-year for elections would be a good time for renovations or a move before the 2022 governor’s race, but plans are still in the discussion phase with no concrete proposal.

“Sparky” and “Bolt” won’t be the only electric buses on the road now that the Macon Transit Authority ordered two more environmentally-friendly vehicles that are expected to debut in the fall of 2021.

In two-and-a-half years, the authority has replaced 19 buses, included 8 that were put out of service in 2020.

The authority also is going green with solar energy in 2021.

Solar panels will be installed on the maintenance and administration offices at 2737 Broadway, where CEO Craig Ross said they currently spend about $1,200 a month on electricity.

This fall, the board agreed to contract with Cherry Street Energy which will install the equipment with no upfront cost for the infrastructure.

“It’s not something we’re going to save on today but down the road,” Ross told board members.

The company will charge the authority only for the electricity it consumes and the rate is guaranteed for 20 years.

Cherry Street Energy’s first project was to install solar panels on the carport of the Bibb County Sheriff’s Office annex on Riverside Drive.

For the first time since 2008, there will be a new chief of the Macon-Bibb County Fire Department.

The end of 2020Marvin Riggins retired after 41 years of service to the department with the last dozen at the helm.

Incoming mayor Lester Miller will appoint an interim chief until he announces his choice for chief.

Riggins has indicated he could pursue teaching, but already has plans for the second working day of the new year.

He will be the featured speaker for the Jan. 5 meeting of the Downtown Kiwanis Club at the Georgia Sports Hall of Fame at noon.

14.  Arbor Conservation Board branches out

Invasive species have cause for worry in 2021 as the newly constituted Arbor Conservation Board is on a mission to eradicate plants choking out native growth.

After an inaugural clearing of Amerson River Park on Halloween, the tree enthusiasts will be back with their clippers and saws come spring. An event scheduled for Jan. 23 was postponed due to concerns about a potential post-holiday coronavirus surge.

The board strives to be more visible in 2021 as members begin work to study and enhance Macon’s tree canopy and encourage planting of sustainable and appropriate trees.

As part of its goals, the board is expected to assess maintenance and removal needs for trees on a select list of county-owned properties.

Public education is a key task for the board and it will begin outreach efforts to help people recognize potential problems with their trees as well as teach them how to care for trees and why trees matter to the community.

The board recently partnered with the Urban Development Authority and Keep Macon-Bibb Beautiful to plant a fruit orchard near the Mill Hill East Macon Arts Village.