Voting in the 2020 Presidential Election 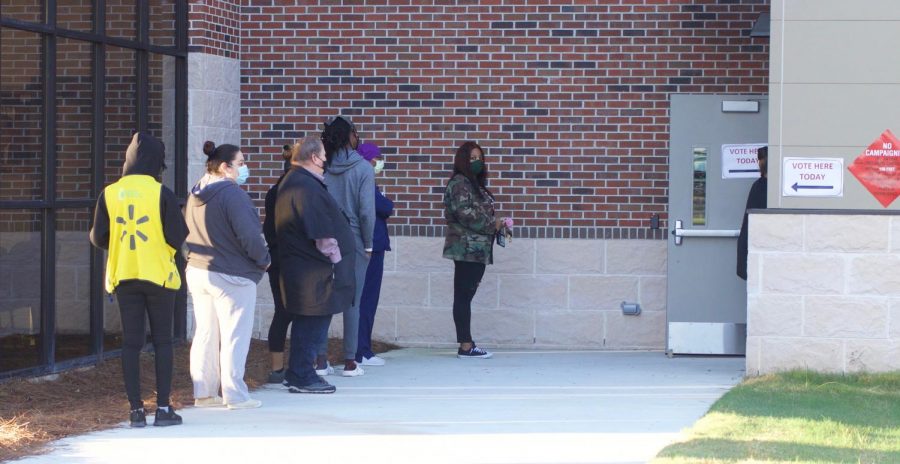 College students joined the nation’s voters flooding the polls to cast ballots during the Nov 3 election. Of particular interest was the presidential race which focused on President Donald Trump and now President Elect Joe Biden.

New and returning voters took the proactive steps to use their voice through voting. As citizens hit the polls this year, they reflected the political divide that has been developing in this nation for years. They also proved that this 2020 Presidential election was one of the most important elections of this lifetime.

People found creative ways to cast their ballot including absentee ballots, mail-in voting and voting in-person. Young and old voters from across the country made their mark in this election cycle. The impact was seen in the number of people turning out to vote. Statistics reveal that more people voted in this election then voted in 120 years. Exactly, 66% of eligible Americans casted ballots.  Among those creating the high voter turnout were Mercer University students. Many students talked about their voting plans ahead of election day.

For out-of-state students, they were almost obligated to vote by absentee if they wanted to cast a ballot. The problem for them was that there was such a high volume of individuals requesting absentee ballots, until it created a huge back up. If expecting an absentee ballot, students learned to check the campus mail center daily.

Elizabeth Tadlock, a junior law and public policy major from Birmingham, Alabama, explained how she planned to vote using her absentee ballot that she requested back in July.

“Absentee ballot is the only way that I can vote in this election cycle, but I got my ballot today so I’m super excited about that as I’m a big political nerd,” Tadlock said.

She further explained that voting is a very pertinent task for adults, and that we all should do it regardless of how we feel about the candidates.

Sophomore biomedical engineering major Kumarakuru Visvanathan explained that as a California resident,he planned to vote by mail. This is his first time voting.

“It’s pretty exciting being that it’s my first time voting and I think it’s one of the most important elections for my age group,” Visvanathan said.

President Donald Trump and now President Elect Joe Biden butted heads before the election in a Presidential debate on Sept. 29. There was a screening of the debate held on Mercer’s campus. Students from all backgrounds viewed the debate, and after watching the event many students were motivated to go to the polls.

The debates also lead to other reactions on campus. After the debates, many students became directly involved with taking action within this election in a multitude of ways. Some volunteered at polling sites to advocate and canvas for their candidate of choice. There was also a deep political divide among students throughout various groups on Mercer’s campus.

It is safe to say that political differences motivated Mercer students to not only head to the polls, but work hard to promote the importance of participating in the 2020 election.