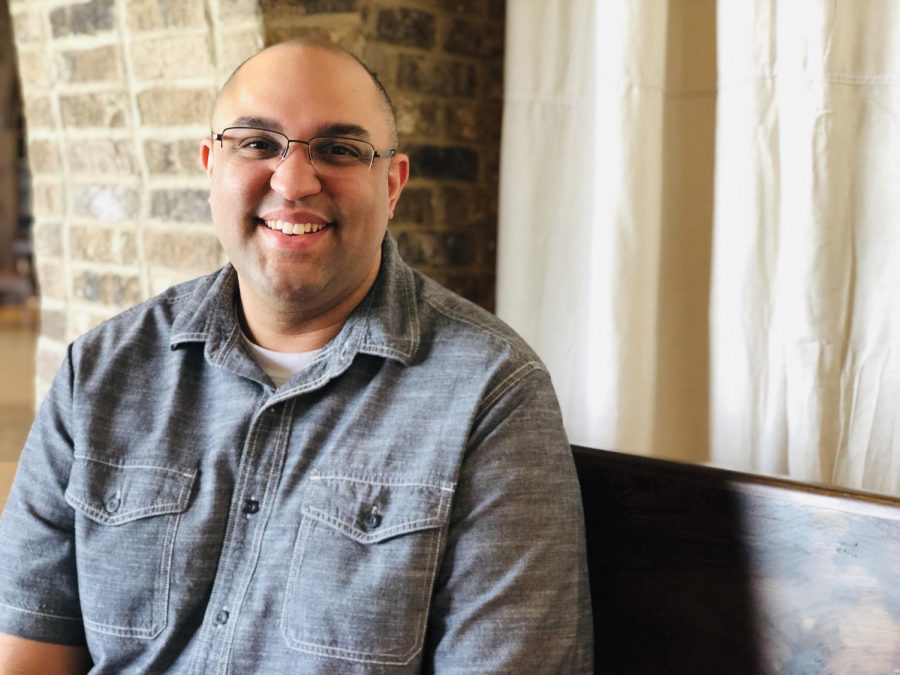 Southern Souls is a story-telling series that offers a personal look into the lives of people around us, showing that all souls can relate to one another through our laughter and tears, successes and failures. In keeping theme with the Black Lives Matter movement, we’re temporarily shifting the focus of the series to highlight what some have perceived as racially motivated incidents that have had lasting impacts on black people living in Georgia. The goal is to discuss, educate and grow as a community, so that we can all come together and create a more inclusive environment for generations to come.

By time I reached out to Brandon to ask him for an interview for this project, I had been working in television in Macon for around 6 years. As competitors, he and I had never met before, so it was a little awkward when the time came to call him at 41 NBC. The best thing I could come up with to say was, “Hi. My name is Amyre Makupson; is there any way you know who I am?” Luckily for me, he did, and after some slight hesitation on his part, he agreed to meet me at a coffee shop.

The day of our interview was the first day that Brandon and I had ever met in person. I reached out to him because I thought, as the only black news director in the market, his perspective on reporting major black headline news could be very insightful. As black journalists, often times even we can feel attacked under the bombardment of the daily, violent headlines involving black people, including self-inflicted, “black on black crime.” If you throw in a racial factor like unarmed black people being killed by white law enforcement; separating yourself from the subject can be difficult, so I asked Brandon how he’s able to do that.

Brandon made point of saying his questions would come regardless of whoever the victim is.

“A person is a person. I would do that whether it was George Floyd or someone’s whose not black. If something like that were to happen in Macon and I had video of a police officer with his knee to the neck of someone who is saying, ‘I can’t breathe,” I don’t care what their racial background is; I’m going to be asking questions about it. As a journalist, I’m expecting full transparency. As a resident, as a citizen, I’m expecting full transparency. These officers work for us as part of the social contract at a really basic level.”

I was surprised by Brandon’s “matter of fact” response. So much so, that I pushed him a little harder on it; after all, he’s a black man and this is a repeated incident of a white officer killing another black man, how can he separate himself? He started and stopped a few times before telling me, “I see a lot of journalists, particularly black journalists on a national level, taking a little bit more of an advocacy position. That makes me uncomfortable because I’m worried about whether or not that’s going to jeopardize their credibility for the next story. People will remember how [those journalists] reacted in that instance. There’s a difference between taking a position and asking a tough question. I just think we need to understand the difference.”

Sometimes understanding the difference comes from conversations just like the one Brandon and I are having.

“I think we all have biases,” he told me. “In my newsroom, we benefit from a diverse [staff]. I say if someone feels like we’re missing part of the conversation, please speak up because we all have biases but we cannot have that show in our reporting. So, we make our checklist. Are we missing a side of the story? How are we representing this side of the story? Are we treating it fairly? How would we feel if that was how we were represented? We have those conversations regularly. Being a journalist is a privilege and a responsibility. We are here to to do a specific job. Yes, we bring our perspectives to the job everyday and that can help us approach a story,” he said. Our perspectives as black journalists may, “inform us to be more skeptical with what law enforcement is telling us. It may encourage us to dig a little deeper and ask for an extra police report or something like that. So, let’s get the police report. Let’s see what they said. Who does it say was there? Let’s try to reach out to that person. As journalists, we’re given access (to records) that maybe someone in the general public is not, so we need to use that access responsibly and doggedly, really, in some instances.”

Sometimes though, the biggest opposition and arguably one of the way best ways to see the biases around you, doesn’t come from those involved with the story, it comes from the people at home watching it unfold.

“Some people understand what the Black Lives Matter movement is about. Some people understand and don’t like it. Some people don’t understand. And all of those are valid places to be. We just want to make sure we’re reflecting what’s going on,” he told me. “Personally, I don’t know that I care how someone feels about this Black Lives Matter movement; I just want them to have the information in front of them so that they can come to a conclusion of their own. People are going to have prejudices based off of their life experiences and based off of how they were raised. But at the same time, try to understand where that’s coming from and not just based off of your finite experience. Look at the big picture; we’re trying to contribute to context here.”

Doing that often involves reviewing viewer feedback on social media platforms, which can be, at its worst, very difficult comments to read.

“I expect it,” he said, “It’s just the world we’re in. (People) are entitled to their opinion, doesn’t make it right or wrong, but the nature of social media platforms allows them a voice. It’s motivation for me to try to inform folks.”

In my career, I’ve worked under 5 different news directors. It has been my experience that Brandon’s leadership style isn’t quite the norm when it comes to race based stories, but as a young, black man in a position of power, he’s using his platform to help change the way coverage is dictated in his newsroom.

“The goal needs to be to ask tough questions and hold the powerful accountable. Understand the full the context. Don’t put blinders on and say race isn’t an issue when it might be. We need to be honest and ask ourselves that question. Don’t just take someone else’s word for it; really ask that critical question,” he said, adding, “I think that might open some eyes and change some people’s awareness. With Ahmaud Arbery near Brunkswick, Brionna Taylor in Kentucky and George Floyd in Minnesota, I mean, something is going on. We just need to ask the tough questions and make people be honest with themselves.”