The 5 Most Innovative Indie Games of 2019 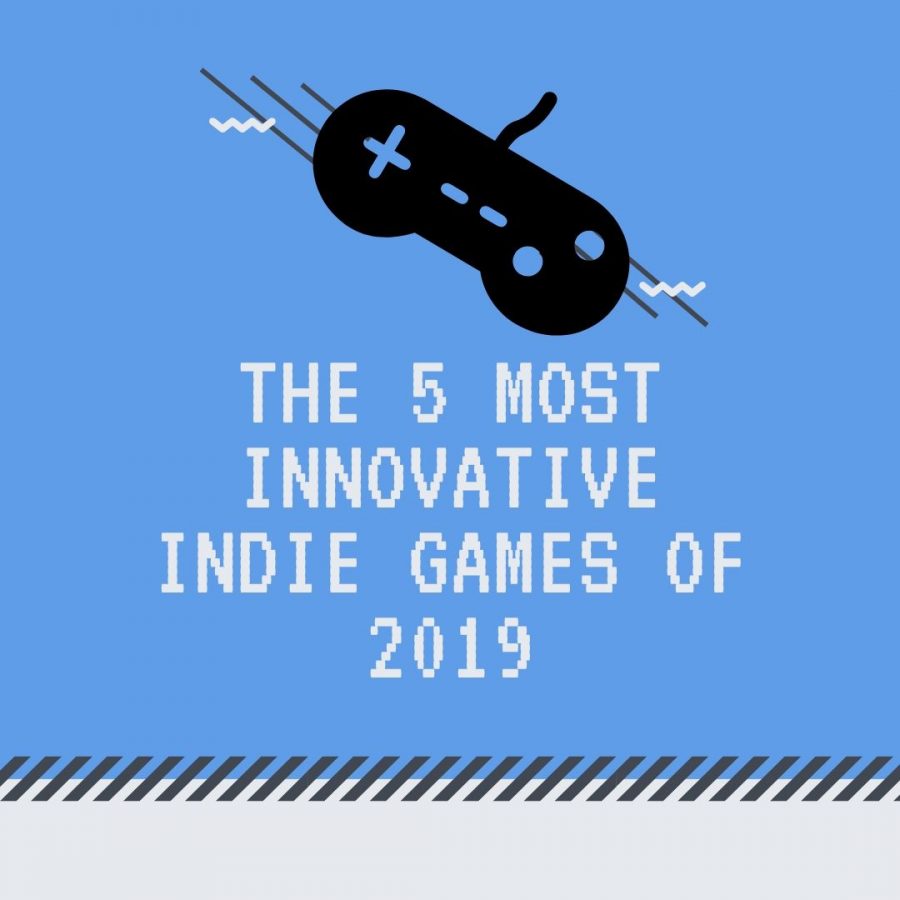 It is important for the sake of this list to be very specific in what innovative means in the context of game design. Firstly, the primary contributor to a game’s “innovativeness” should be whether or not the game attempts a fundamental style of gameplay that hasn’t been explored by predecessors. Creating a new style of gameplay is incredibly difficult to accomplish, especially without the financial support of a publisher, so the second thing to consider is whether or not the game takes an established genre and vastly improves upon it with innovative features. With that in mind, let’s get into the list.

When looking at indie games released in 2019, the first inclination was to give the first spot on this list to none other than the game that won Steam’s 2019 most innovative gameplay award, “My Friend Pedro.” However, while the Steam community was definitely warranted in giving this game such high praise, it doesn’t stand out as 2019’s most innovative game 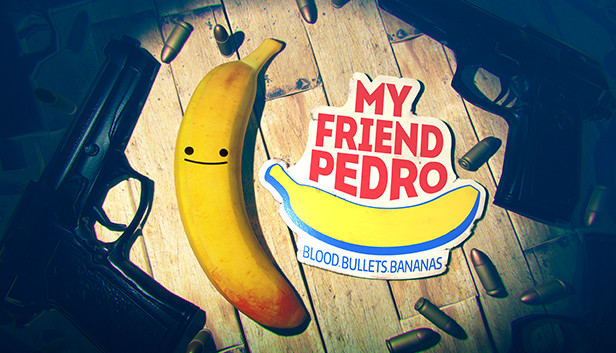 “My Friend Pedro” can’t take a higher spot on this list because the core gameplay is simple: it’s a side-scrolling action shooter. With that said, it’s a banger of an action shooter. In the game you play as a stick figure guided by your friend, a banana named Pedro who guides you through a murderous rampage on the criminal underground. This game manages to blend an incredible number of features into a cohesive and fun experience. “My Friend Pedro” has some staples like bullet time, wall jumping and multi-leveled platforms, but its true innovation comes from the interactivity with the map.

As the protagonist of “My Friend Pedro,” you can enjoy kicking knives into your enemies, ricocheting bullets off of frying pans and swinging from wires after you jump off a skateboard. The split-aim mechanic is worth mentioning as well, letting you aim in two separate directions while dual-wielding guns. Even triple-A shooters like the “Call of Duty” franchise haven’t found a way to explore this possibility the way the indie studio DeadToast Entertainment did. If surprisingly violent cartoon action sounds like your kind of thing, you can’t go wrong with “My Friend Pedro.” 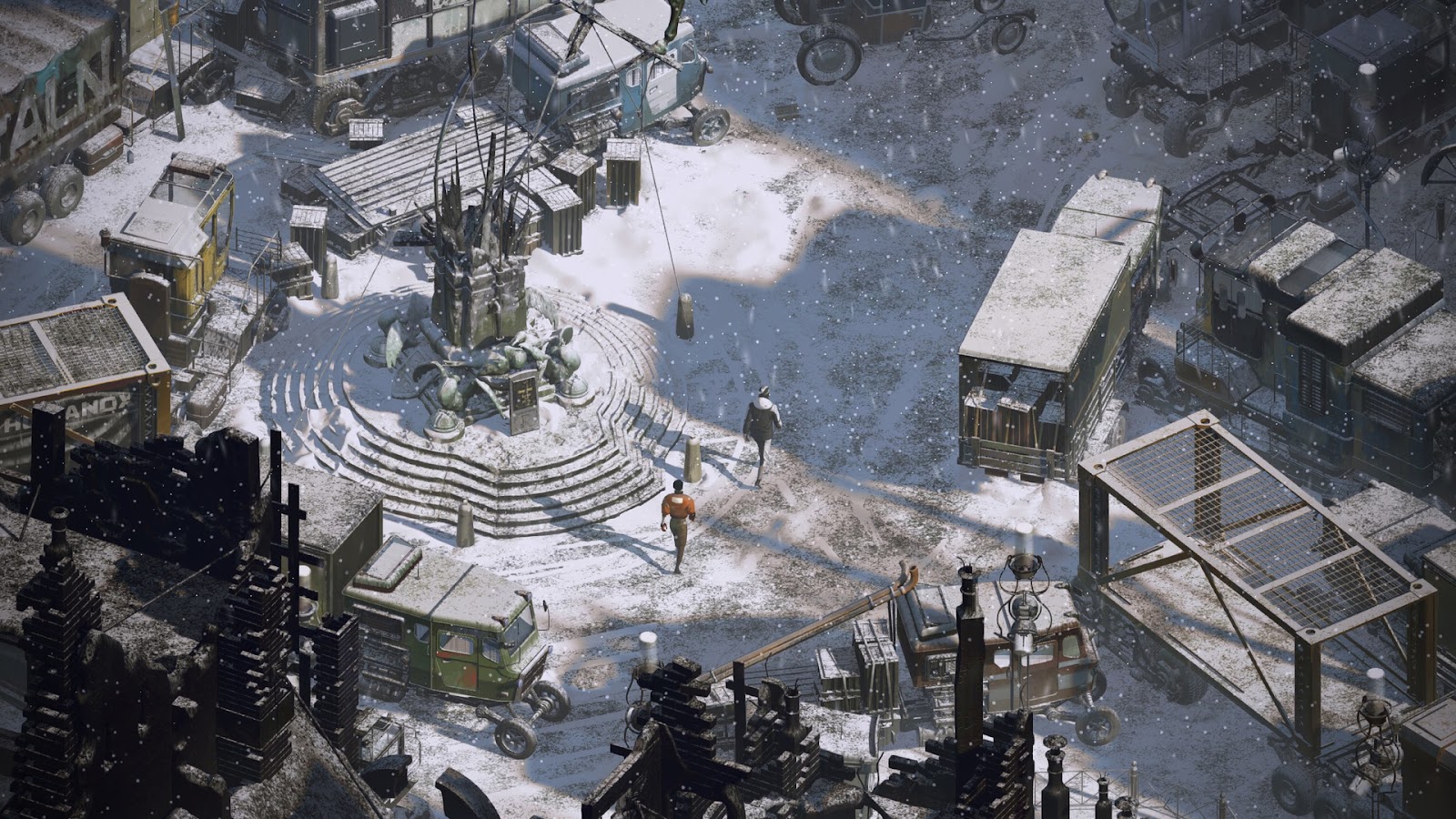 “Disco Elysium” is an extremely ambitious narrative role-playing game. In the game you play as a drunken detective with amnesia, and throughout the sprawling storyline you work towards uncovering a murder. The innovation in the game comes mostly from the branching storytelling and deep characters, which make the somewhat bleak world come alive in a very natural way. This game does show its influence from tabletop classics like Dungeons & Dragons and shares many features with other modern games with that influence like “Divinity Original Sin 2”, but the game stands apart with a solid theme and a heavier emphasis on dialogue and skill checks. If you’re looking for a detective thriller that’ll make you think, you’ve gotta try “Disco Elysium.” 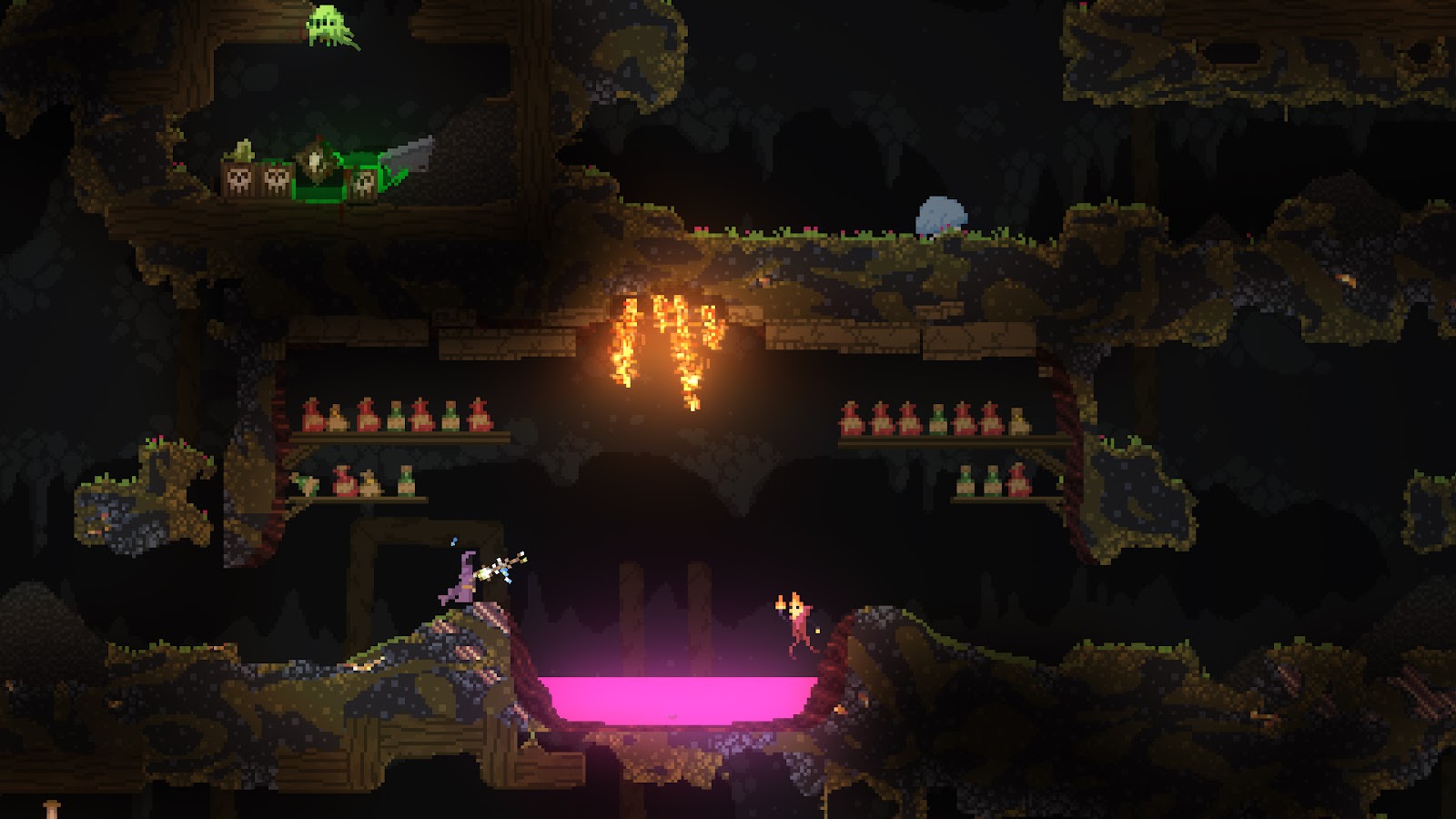 “Noita” may look on the surface like any other pixel art game, but in reality, there is an innovative system behind the game: every pixel is simulated. At least, that’s the advertising tagline for it. What that means is that it is a two-dimensional pixel art game with a complex physics interaction system for the map. Anything you see can be melted, electrocuted, drenched, or lit on fire. On top of that, the landscape can be shaped in any way and will react accordingly, so you could tunnel into the ground to create new passageways. In the game you play as a mage exploring a vast procedurally generated world. In the game you can find and create new spells and elemental interactions to beat increasingly difficult enemies and challenges. If you’re looking for that nostalgic pixel art vibe and want to keep the physics engine improvements of modern titles, “Noita” could be the game for you. 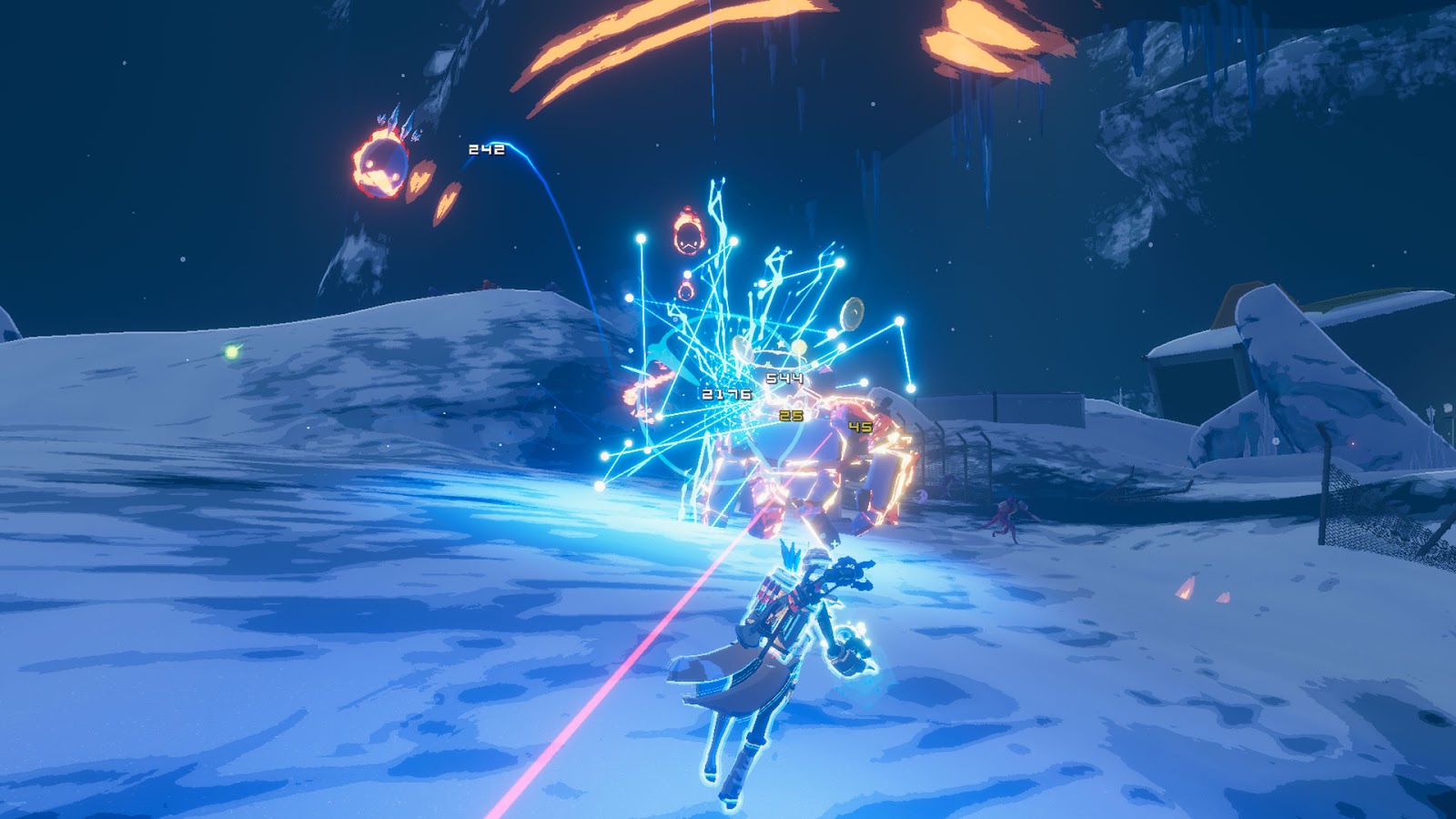 “Risk of Rain 2” is the sequel to 2013’s legendary 2D roguelike title, “Risk of Rain.” The game is extremely similar in most ways. In “Risk of Rain 2″, you play as an astronaut crash-landed on a mysterious alien planet, you must then fight your way off-planet by finding portals guarded by alien bosses. “Risk of Rain 2” has the same characters, enemies, and items as its predecessor, but there is one key difference: the game has a completely new three-dimensional engine. “Risk of Rain 2” keeps everything great about the original, but it innovates with a brand-new visual style and method of gameplay.

“Risk of Rain 2” also vastly improved the multiplayer experience. You will now be able to play with up to four friends natively without needing to painstakingly set up a Hamachi server. If you want a fun and challenging experience with a great soundtrack and mysterious atmosphere, “Risk of Rain 2” is definitely worth trying. 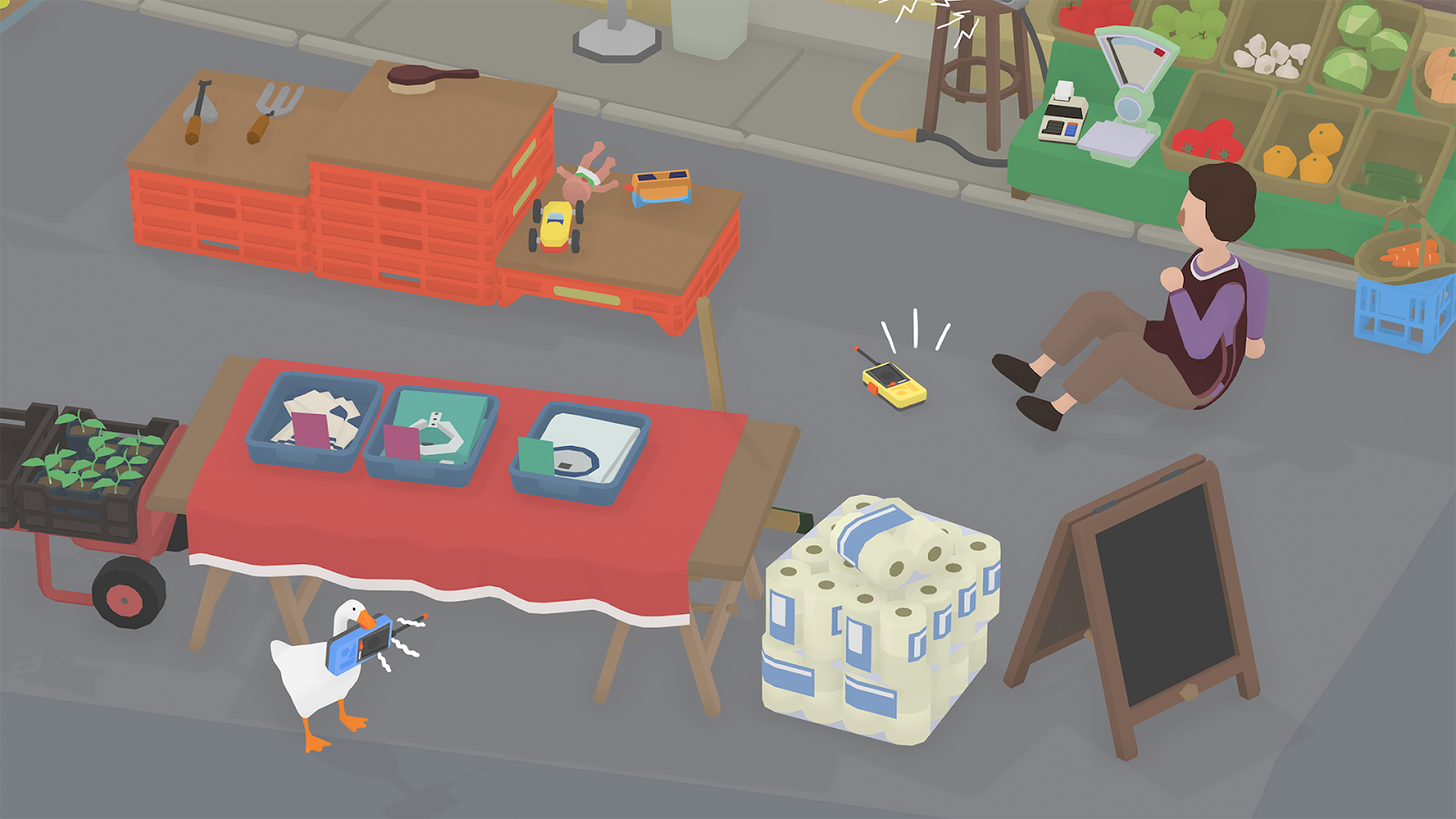 “Untitled Goose Game” is the only entry on this list that managed to create an entirely unique fundamental gameplay experience. In “Untitled Goose Game” you play as a goose and you are given various objectives you can complete by interacting with the world by grabbing things with your beak. The popularity of this game speaks for itself. Chances are if you haven’t played it, you’ve at least seen memes of the lovable, annoying goose thief protagonist. It’s difficult to fairly categorize this game into any genre, which is why it steals the first spot on this list with no competition. I suppose if you needed to get a general concept, it’s a stealth adventure game where you play as a goose, but that really doesn’t do it justice. If you want to be able to understand the ridiculous concept of this game, just play it. It’s worth it.