Bringing people together through ‘far, far away’ films 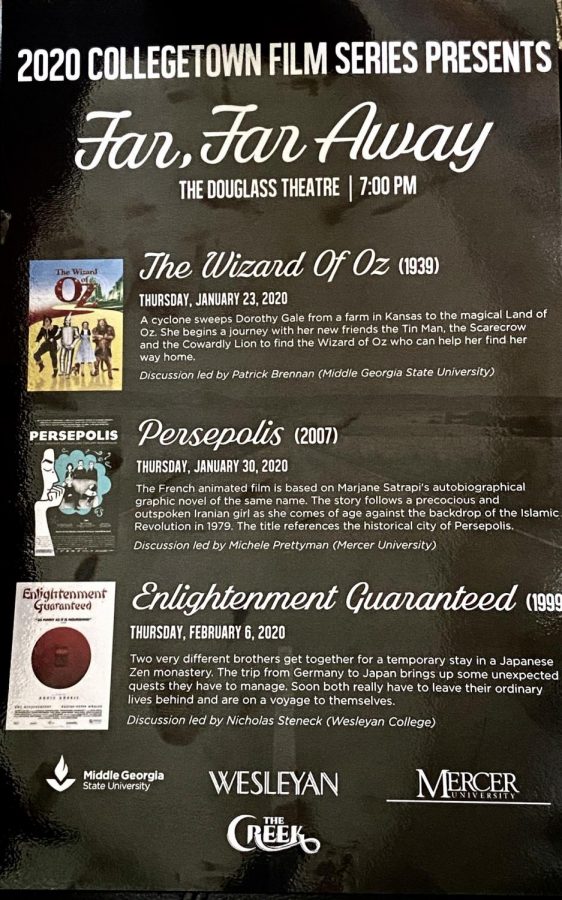 Far, far away is the theme for the 2020 Collegetown Film Series sponsored by Mercer University, Middle Georgia State University, Wesleyan College, and the Creek.

Every year representatives from each university come together to decide on a theme for the film series.

This year’s theme is ‘Far, Far Away’.

Michele Prettyman, assistant professor of Media Studies, from Mercer University screened the 2007 film “Persepolis” as a part of the series.

“We wanted to promote Film in Macon and give people a way to come out and see films and also to have really valuable discussion across the universities where we can talk about films and engage them together”, Prettyman said.

“Persepolis” is based on the autobiographical novel of the same name and chronicles the life of a young girl coming of age amidst the Iranian revolution.

Prettyman chose to screen the film because it relates to this year’s theme in multiple ways.

“The far, far away is both the distance that she travels to kind of discover herself as a young woman, but also the way in which we view, [I think] Iran and how it is often seen as this place that is far, far away from our own,” she said.

Nicholas Steneck from Wesleyan College will show “Enlightenment Guaranteed” to conclude the film series at 7 p.m on Thursday, February 6th at the Douglas Theater in downtown Macon.