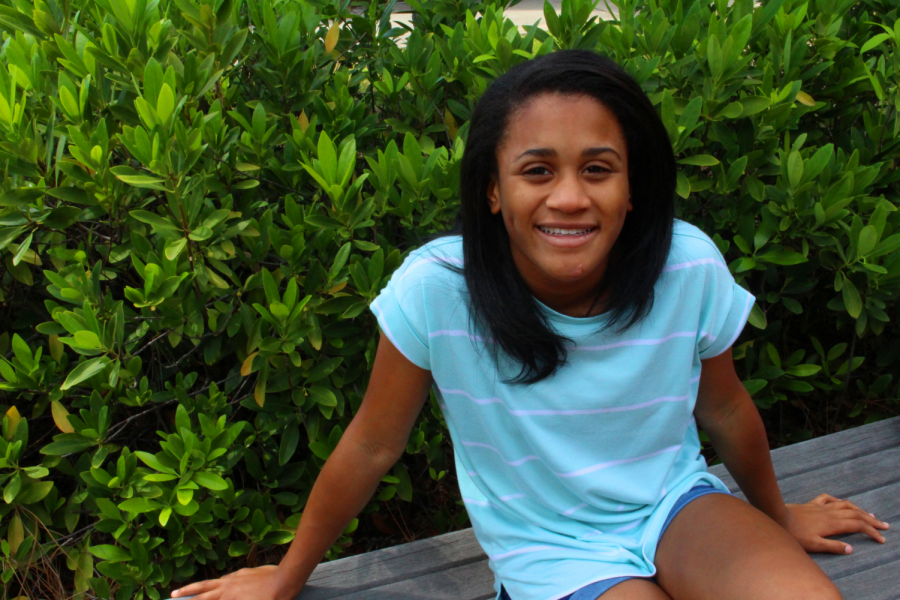 With the piano bench creaking, hands set in starting position and her posture straight, Amaya Jackson prepared to perform her group’s song at the Otis Music Camp in the “heart of Georgia.”

Born and raised in Macon, Georgia, with her mom, dad, and two brothers of 6 and 10, Jackson credits her musical success to her mother.

“[My mother] gets me introduced to new things, and she helps me a lot with practice so I can get better and keep focus,” she said.

At the Otis Music Camp, campers are divided into groups within their chosen genre, with Jackson’s being pop. They are then assigned a project: write a song and perform it at their final showcase. While this may seem like a treacherous task to most, the Otis campers were able to craft meaningfultunes with ease.

The first year Jackson attended the Otis Music Camp, she knew little to nothing about music. Now, a year later, she can play piano and clarinet. She also holds much more confidence in her singing ability.
“We were all thinking about how most people don’t really like to express themselves…the overall message of the song is to be yourself.”

Jackson and her group, composed of herself, her cousin, and two close friends, brainstormed ideas for their song by throwing inspiring words back and forth. Jackson drew inspiration from her past experiences with making friends at school.

“When I was younger I would always try to be like everyone else. If our friends did [something], I would do it with them,” Jackson said. “I kinda started to be myself more and tried to stop being like everybody else.”

The group was keen on making sure their final product inspired listeners.

“We were all thinking about how most people don’t really like to express themselves…the overall message of the song is to be yourself,” Jackson said.

With that, their song, “Out of the Shadows,” was born. It includes vocals from all four girls, along with Jackson accompanying on piano. Together they weave a bright, inspirational melody that encourages listeners to be who they are.

The chorus, which repeats “Don’t let your light fade / you’re beautiful, you should know it,” throughout the song, is repeated in an uplifting tone, giving off a hopeful feeling.

“That’s what we wanted everybody to remember,” Jackson said.