Why the investigation into Georgia prisons matters

CCJ in partnership with Georgia Public Broadcasting, The Telegraph and 13WMAZ will be reporting on this in the coming months. 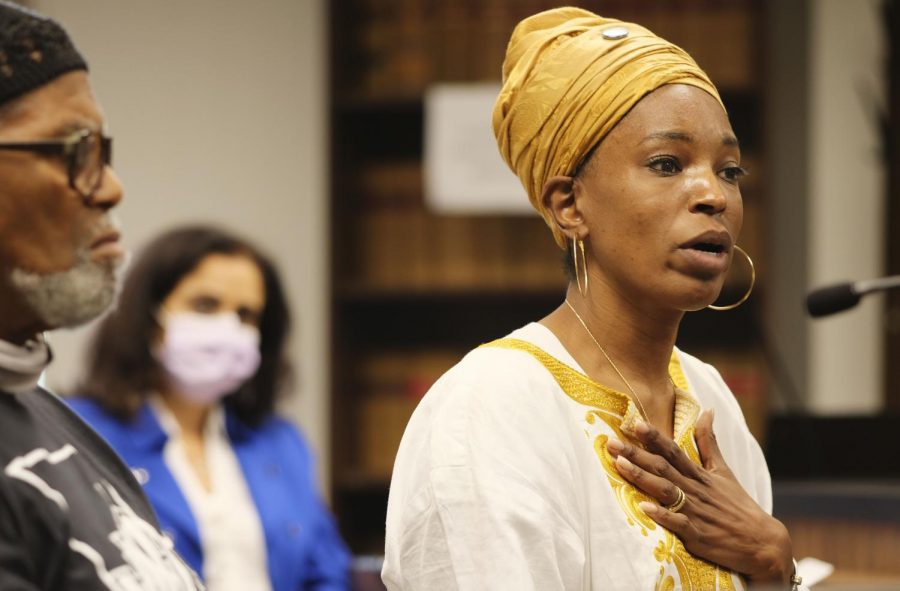 Kareemah Hanifa during her September testimony to a committee of Georgia legislators concerned with violence in the state's prisons. Hanifa began serving a life sentence when she was a teenager.

Kareemah Hanifa spent 26 years in prison for her role in the brutal kidnapping, torture and murder of another teen. Hanifa, who was 15 at the time, was found “guilty but mentally ill” and sentenced to life in prison.

While the details of her crime may elicit no sympathy, Hanifa’s description of her time in Georgia’s Lee Arrendale Prison might. She described it as a time of “hopelessness” when basic human rights were often not being met.

“Just because a person commits a crime, do they not deserve to be safe or should they not be protected from violence?” she asked during recent testimony before a committee of state legislators concerned with violence in Georgia prisons. “We are still humans. They are still humans. … Is not our life grievable? What does the justice system truly aim to achieve? Does Georgia’s (corrections) stakeholders have any interest in rehabilitation?”

These are questions the Center for Collaborative Journalism, Georgia Public Broadcasting, 13WMAZ and The Telegraph also will ask in the coming months as we look into conditions in Georgia prisons, from reports of violence and understaffing to an expansion of mental health and other educational services.

Some of these questions might also factor into what the U.S. Department of Justice does as part of a civil investigation it launched in September to look at whether the state provides prisoners with reasonable protection from harm.

Hanifa testified that access to education was not available to all inmates and many struggled finding basic medical care or even working toilets — conditions she believes contribute to violence in prison.

“I have videos that I’ve saved of prison violence and all I can say is I’m just grateful that I made it out,” she told the panel.

Hanifa said in the state hearing that she still keeps in contact with women serving time at Lee Arrendale. Testifying during the same hearing as Hanifa was someone charged with keeping Hanifa’s friends safe, a correctional officer at Lee Arrendale.

The guard, who asked to remain anonymous to protect his job, said there were typically six or seven correctional guards to supervise about 1,200 prisoners.

“It’s hard when it comes to medical care. We lack the ability to get them into our medical facility due to the fact that we just don’t have any officers,” the guard testified.

That kind of understaffing is what the DOJ fears creates a vacuum in which inmates and guards can get hurt.

It’s also not hard to imagine understaffing undercutting good faith efforts by the correctional system to give the imprisoned what they need to never return to prison once released.

Hanifa says she was able to get some education and help the closer she got to her April 2019  release date.

But the long-term statistics for successful re-entry are grim.

A September report from the Bureau of Justice Statistics found that 82% of former prison inmates ended up being arrested again in the 10 years following release.  The rate of re-arrest has remained “stubbornly high” for years, according to a Council on Criminal Justice brief that was also released in September.

The same Bureau of Justice Statistics report found that many of those re-offenders end up back in jail — all at a new cost to taxpayers who foot the bill.

And prison is not cheap. In fiscal year 2019, Georgia’s Department of Corrections spent more than $1.2 billion to operate state prisons, transitional centers, private prisons and probation detention centers: $62.23 per day for inmates in state prisons.

While there is no research-based consensus on what leads to recidivism —  job opportunities, mental health, drug and alcohol recovery programs as well as support systems all play a role in whether a former inmate succeeds. Georgia’s Department of Corrections reports having inmates participate in any kind of educational program makes them 43% less likely to re-offend.

“In the beginning of my sentence, there wasn’t a lot that was available to me because of the length of my sentence,” Hanifa testified. “I wasn’t allowed immediately to use the educational programming, unable to get a trade, unable to take certain classes, which are like rehabilitative right? … to kind of prepare you for release.”

Georgia’s prison population has dropped in recent years following a series of reforms that changed mandatory minimums and started programs focused on re-entry.

But the DOJ investigation and testimony of former inmates and guards indicate problems with violence and human rights persist.

As we look into this issue, we invite you to share information or stories you might have. You can email us at [email protected] or call and leave a message at 478-250-1665. You can also share your story here.

Grant Blankenship of Georgia Public Broadcasting contributed to this story.