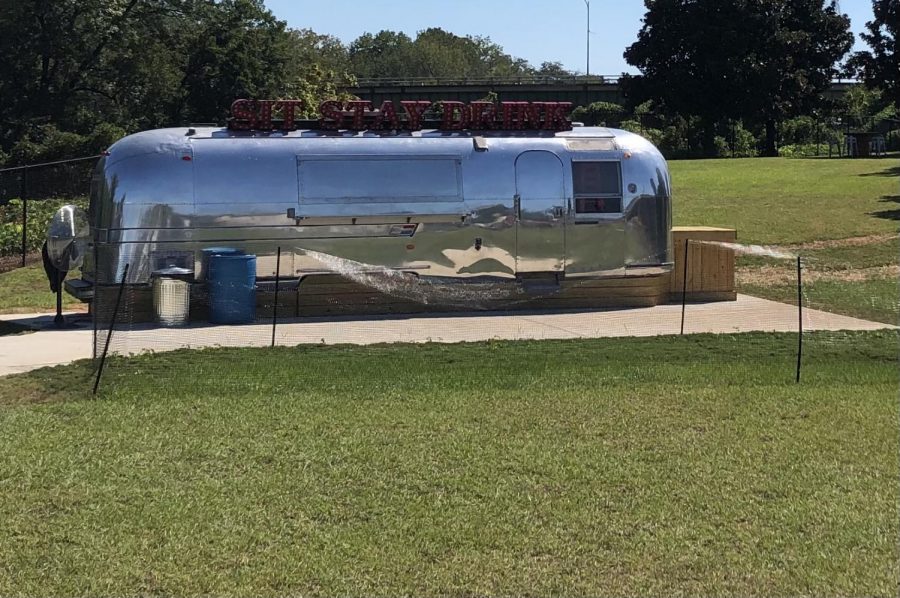 The “Sit Stay Drink” lighted sign at downtown’s new dog park would have to go under current Macon-Bibb County regulations.

The 16 inch-letters on the Airstream trailer at Barks N Brews at 695 Riveside Drive are considered a rooftop sign, which is not permitted.

“I’ve been working on redefining what that is,” Macon-Bibb Planning & Zoning Executive Director Jim Thomas told commissioners. “Currently, that’s defined as a building. A trailer used as a building is a building. But the way I look at that, it’s more of a vehicle, almost a food truck.”

P&Z Chairwoman Jeane Easom noted this was another reason why zoning regulations need to be overhauled as soon as possible.

Earlier this month, the Design Review Board first encountered the dilemma when staff advised that since the trailer functions as a building, the sign is not permitted.

To make the sign comply with current regulations, dog park owner Kate Lambert would have to take the sign down or finagle a way for it to be free-standing.

“It was awesome,” DRB’s David Thompson said of the sign, as the board began to delve into issue.

“To me, if this were a food truck, we wouldn’t even regulate it,” he said.

Monday, a circular Barks N Brews sign at the fence was approved without debate.

At Yollah at 894 College St., plans to use a refurbished 1969 Shasta Travel Trailer to serve drinks and food in the rear garden also needed the commission’s approval.

Kelly Cole, representing the Latin-inspired eatery’s owners, said the trailer will go in the back corner of the backyard in front of a privacy fence.

“The trailer itself will be secured and stationery,” Cole said.

Easom was concerned about it being visible from College Street, but Cole said it would be behind a fence off the parking lot.

Commissioners unanimously approved the expansion of the rear garden since it did not include a change in hours or alter the original proposal approved last year.
New industry for Westgate, job training
A paper processing plant employing about 20 people will be the first tenant in the Middle Georgia Industrial Park at the old Westgate Mall. 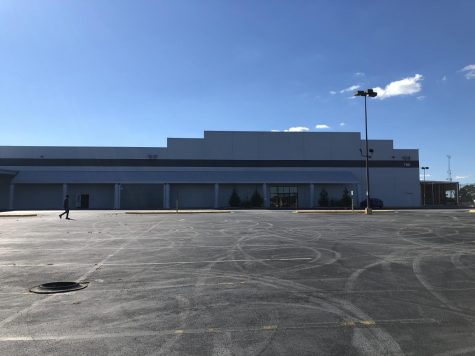 Jimmy Melton of Renfroe Construction sought approval for the company to convert raw paper into napkins and other products.

Two years ago, commissioners rezoned the 43-acre tract at the corner of Eisenhower Parkway and Pio Nono Avenue. The change from general commercial to a planned development allows for light industrial uses, warehouses or retail space.

Commissioners ruled the 24-hour operation is appropriate for the former location of the Home Depot.

Trucks will bring raw materials and cart away finished products and waste material from the loading docks in the rear of the building.

Six suites and two meeting rooms are included in the application, which staff recommended for approval without a hearing.

The tenants will not need a separate zoning permit, but must apply for a regular business license.

Commissioners also had to forge a new interpretation of permitted uses in an M-1, or light industrial district.

“This is a classic example of why our regulations are so outdated,” Thomas explained.

A trade shop is permitted, but a school is not allowed in that M-1 district.

Apprentices can learn the trade while keeping their day job, Parsons said.

Chip Greene, of Macon’s Greene & Associates who served as national PHCC president, stressed the need for a trade school with four out of five jobs going unfilled.

“It’s not a news flash to anybody, but there’s a definitely a skill shortage in the construction trade,” Greene said.

Commissioners determined a trade school would be allowed in the zoning district as long as it was associated with a trade shop.
Convenience store changes
Although P&Z is currently under a moratorium on new convenience stores as they study regulations, previously filed applications for four stores were on Monday’s agenda.

After commissioners raised concerns about developer Ashok Patel’s site designs in their administrative meeting, he asked to defer two proposals for new construction at 3134 Pio Nono Ave. and 4987 Bloomfield Road.

Bloomfield area resident Ase Gassaway spoke against Patel’s proposal to turn an old tire store into a convenience store with gas pumps at 3843 Bloomfield Road across from Macon Mall.

Gassaway wanted to know the percentage of sales that comes from the lottery and alcohol at these stores.

“My concern is that there is a proliferation of these kinds of establishments,” Gassaway said.

He said his street has a constant stream of foot traffic to and from existing stores which brings litter into the neighborhood.

“Nobody is addressing the problem,” he said. “The mayor has just proposed a $100 million development and I don’t know where these things fit into this kind of plan.”

Commissioners explained that they are reassessing the zoning regulations.

Addressing blight also is a concern and the tire store has been vacant for several years.

Commissioners approved the convenience store after attorney Bill Larson said Patel was willing to drop one of the three fuel islands to allow for greater maneuverability for the trucks.

They invited Gassaway to a special convenience store work session called for Oct. 4 at 2 p.m. The commissioners want to hear from concerned citizens and representatives from the convenience store industry as they consider changes to the code.

The developers of the Quik Trip approved for 5129 Mercer University Drive were back before P&Z after scrapping plans for self-storage in the rear of the property.

Plans for a fast food restaurant to be named later remain on the parcel closest to Interstate 475.

Commissioners approved the diesel islands, which are contingent on developers getting approval for a traffic signal at Mercer University’s intersection with Tucker Valley and Interstate Drive.
Historic Macon duplexes
Historic Macon’s plan for six duplexes has been approved in the 900 block of Oglethorpe Street.

The homes will go on vacant parcels that once held homes in between Jackson and Calhoun streets.

As an expansion of Beall’s Hill, the new duplexes will feature a similar design with dual front porches beside the front step.

Historic Macon’s Shannon Fickling said the first home built will be on the corner of Jackson Street.

She is hoping to mimic the atmosphere of the East Macon Mill Hill Arts Village.

“I find a lot of charm in those mill hill houses,” Fickling said.

The remaining five homes and a parking lot off a private alley will be built at a later date.
Other items approved
293 Rogers Avenue – Exterior modifications approved on home.

6874 Bethel Church Road – A single-wide, manufactured home was approved with a possible variance needed if the structure is too close the road.