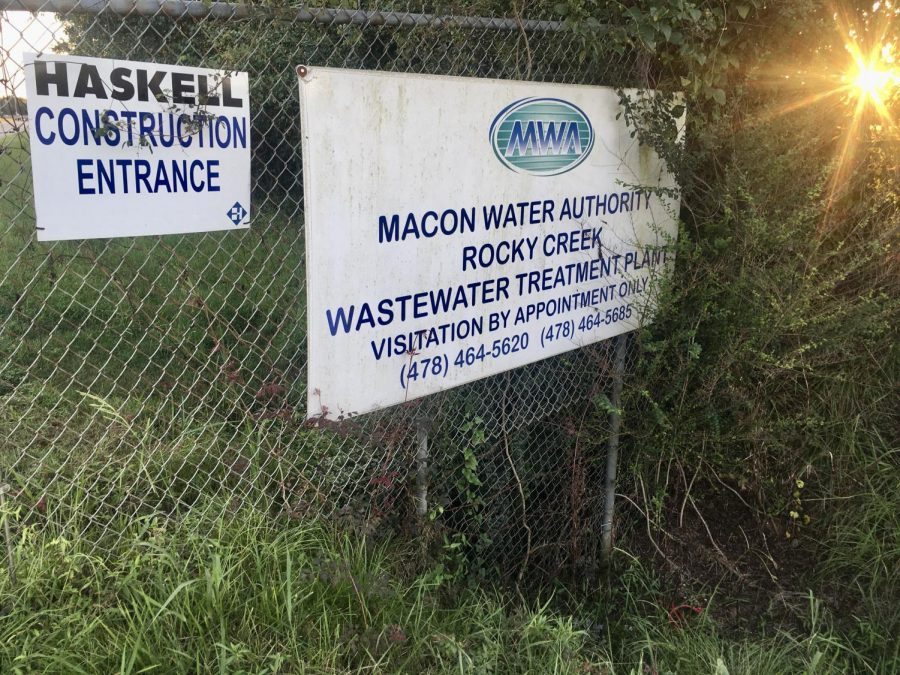 A string of mishaps that began in March of 2019 led to a recent $3,500 EPA fine for the Macon Water Authority’s for exceeding certain potentially harmful limits in sewage sludge.

“This is the first time, I think, it’s happened in Macon, at least in recent history,” Interim Executive Director Ray Shell said during the authority’s meeting Thursday.

Kate Kubesheski, director of wastewater operations for the authority, gave a detailed report of the series of events that led to four months of violations to the Clean Water Act at the Rocky Creek Wastewater Treatment Plant off Mead Road.

She reported to the governing body of Macon Soils Inc., a separate entity of the authority that sells sludge to be spread on land as fertilizer.

The Environmental Protection Agency limits the amount of residue in the sludge that would attract rodents, flies and other pests known as vectors that can transmit disease. In the industry, the process is known as Vector Attraction Reduction.

In Thursday’s Macon Soils Inc. meeting, Kubesheski explained how a combination of equipment failure and excessive rainfall was to blame for last year’s violations.

In March of 2019, a sinkhole took out a 42-inch sewer line at the Rocky Creek plant. While making repairs, workers had to bypass plant screening that normally filters out debris.

“We did not have adequate screening to protect our pumps,” Kubesheski said.

The Haskell Co., the Florida-based contractor working on the $26 million upgrade to the facility, began removing the old screens and replacing them, she said.

In January, a large piece of debris got into one of the pumps and blew a seal, which flooded the building and submerged equipment.

After they removed the flood water and installed a backup pump, they started pulling the other pumps, one-by-one, and rebuilding them to repair any damage from the flood.

About a week later, a second pump went down so Kubesheski feared the authority could lose the whole system. Then a third pump failed, leaving only one still operating.

They opted to bypass the system and pump raw sewage directly into the large aeration basin.

Monitoring showed a “really healthy bug population” as crews were working 16-hour days, seven days a week to repair pumps and clean out valves, she said.

“Things were going very well, and then heavy rains came in,” Kubesheski said.

“We were running the plant not in an ideal situation,” she said. “We started having issues with high solids going out in the effluence (treated sewage).”

The EPA limits what is referred to as “vector attraction” components to under 15 percent, but in March and April of 2020 it was at an average of 19 percent. For May and June, the average was 20 percent.

Tests taken every 30 days are averaged for the required report to prove compliance.

“By the time we realized we hadn’t met the permit limits, (Macon Soils Inc.) had already started spreading solids because they were trying to make room for us,” Kubesheski said.

Shell said the authority notified the state regulator immediately and was advised to include the violation in the annual report.

Blaine Harrell, manager of Macon Soils Inc., initially informed the authority about the violation a year ago.

“We knew the problem was there and then we self-reported and the $3,500 fine is the result of that self-reporting,” Harrell told the committee.

The authority has already paid the fine and submitted a report explaining how the issue was resolved.

“We don’t anticipate having a repeat of this,” Kubesheski said. “It’s unlikely we would have all those sorts of failures at the same time.”

In November, the authority also reported permit violations in wastewater with abnormally high regulated discharges into the Ocmulgee River from the Rocky Creek plant.

Once again, weather was partly to blame, but the authority also reported mechanical and operational problems with Graphic Packaging International’s pretreatment process at the Macon mill.

Those permit violations did not involve raw sewage and “there are no indications of danger to the public,” a November news release stated.

“Test results conducted by his staff reflect no adverse changes in water quality that would cause concern for public health or the river’s ecosystem,” the release noted.

About 250 million gallons of substandard treated wastewater was discharged in the river while Graphic Packaging was experiencing mechanical and operational issues for more than a month.

The paper mill’s wastewater, which accounts for nearly half of the average 18.5 million gallons of daily wastewater treatment flow at Rocky Creek, takes longer than normal to process due to its unique composition, the authority reported in the November news release.