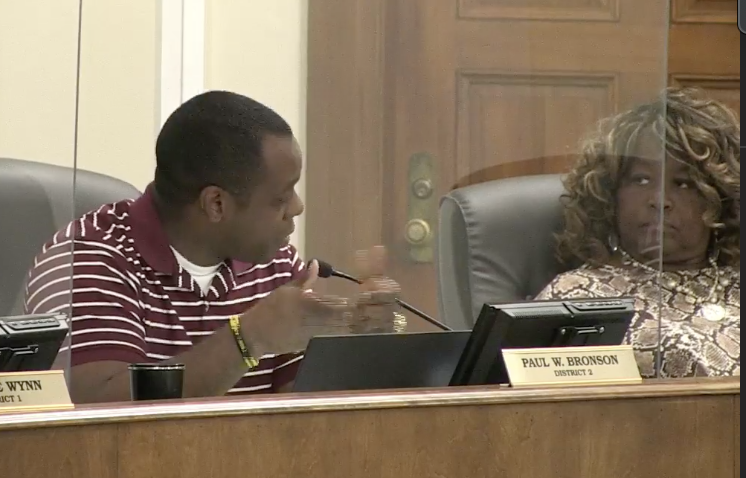 The grant will develop a site plan for the old Greenwood Bottom area from Hawthorne Street to Concord Street between Third and Fifth streets.

The resolution refers to the Tulsa Massacre of 1921 in the area of that city known as Black Wall Street. “Upwards of 300 residents, mostly black, were slain in the Tulsa race massacre…,” it reads.

Some commissioners voiced support for the project to encourage growth in that area of downtown Macon, but objected to perceived negative connotations of using that name.

The commission approved the designation, with commissioners Valerie Wynn and Mallory Jones voting against it because of the “Black Wall Street” association, they said.

Commissioner Lucas tried to get commissioners to reconsider the designation due to concerns about Cotton Avenue and predicted there would be changes made to the legislation once the research was done.

Tuesday, commissioners had a full agenda for the morning Committee of the Whole and conducted a public hearing for the 6-year renewal of the Eisenhower Business Improvement District after a lunch break.

No one from the public submitted any comments about the renewal, which was approved in a special called meeting of the full commission.

All items passed by the committee in the morning were ratified in the afternoon called meeting. Highlights of issues approved and debated are found in this compilation of Tweets during the meeting.

The Macon-Bibb County Commission held its regular meeting Tuesday because they will not meet July 6 due to the Independence Weekend.