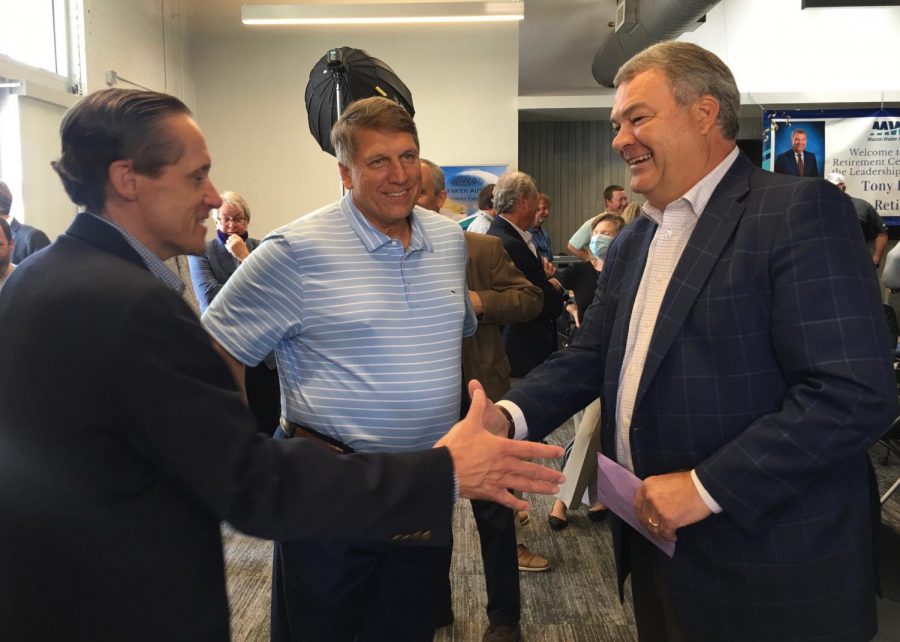 Former Macon Water Authority executive director Robert A. “Tony” Rojas will be paid $1.4 million dollars over the next few years after he announced his retirement in May following a closed-door meeting.

The Center for Collaborative Journalism received copies of Rojas’ employment contract and confidential settlement through an open records request.

Rojas’ abrupt departure came less than two weeks after authority members called a special meeting May 11 where they spent more than two hours in executive session to discuss personnel matters.

At the conclusion of that virtual meeting, which is posted on the authority’s Facebook page, the board unanimously approved Rojas’ settlement agreement without sharing any details in open session. Neither Rojas nor the authority provided additional insight beyond a news release that later announced the retirement.

The typically congenial Rojas kept a stern countenance throughout the public portion of the meeting and only uttered a “good night y’all” at its conclusion.

Although they adjourned just before 7 p.m. that evening, half of the authority members signed the settlement that day and the others added signatures on May 12.

The following day, the authority announced Rojas’ May 24 retirement from leading “one of the state’s premier water utilities for two decades.”

The terms of Rojas’ settlement specify he and the authority issue a joint press release regarding his departure and that neither disparage the other.

The release stated: “Mr. Rojas retires from the award-winning water utility after providing leadership during some of the most prosperous yet challenging times in the history of the Authority.”

Rojas noted the timing of his departure comes as the authority assumes the Stormwater Management Program, returns to normal operations after the COVID-19 pandemic and is completing a more than $50 million rehabilitation of its wastewater treatment facilities.

The authority also suffered a 2019 ransomware attack that wreaked havoc on operations.

“Executive roles do come with their fair share of stress, and the last 18 months have been especially challenging when you considering managing through a pandemic and other issues, which have caused me to reflect on my future,” Rojas stated in the release. “Therefore, I have decided this is the time to step away from my daily professional responsibilities at the Authority and take time to enjoy friends and family and just relax.”

Rojas was hired in fall of 2002. Then authority member Barbara Knight said Rojas has the “personable manner and extensive management background” she was looking for in a director.

Before coming to Macon, Rojas spent the prior decade as city manager of Moultrie after serving in the same role in Vidalia for three years and Hawkinsville for two years.

His predecessor, Gene Holcomb announced his retirement in 2001, but stayed on as a consultant for several months.


‘Y’all are the best’
Rojas’ last day was Monday, May 24, which followed a retirement luncheon the Friday before. Department heads presented him with gifts and mementos of his tenure.

“I’m just so appreciate that the water authority gave me the opportunity to work for what I consider one of the best public utilities in the country,” Rojas said. “The successes we’ve had have been through the loyal, dedicated employees I’ve worked with. Y’all are the best.”

He thanked the authority for providing the “resources to make us successful.”

His employment agreement included annual reviews and an apparent four-year severance clause. If the authority did not wish to renew Rojas beyond that year, the term of the contract would expire “without further extension on December 31 following the fourth anniversary of the date of the written notice to the Executive Director of the Authority’s intention not to extend this agreement.”

If he resigned with “good cause,” he would receive his salary and the value of his benefits only until the end of that current contract year. “Good cause” includes being assigned new duties inconsistent with his role. Other stipulations include having to relocate more than 25 miles away, diminished power or authority or being asked to resign other than for cause.

While it is not clear how the settlement breaks down, the $1.4 million is considered “other income” for tax purposes.

Once the authority voted to accept the settlement, which Rojas signed at the beginning of this month, they hired consultants to find his replacement.

Authority attorney Virgil Adams said they would engage the firms of  Collier Brown and Myers McRae to “assist the board in matters of governance and other matters as to be determined.”

The job posting was still under development as of Friday afternoon.

Ray Shell, the authority’s vice president of field and plant operations, is serving as interim executive director during the search.

Repeated attempts to reach Rojas by phone and at his home were unsuccessful.

In closing remarks at his luncheon, Rojas said he and his wife, Pam, plan to stay in Macon and he wishes to continue to be active in the community.

He said that he would be a phone call away, but he might be answering from the golf course or while fishing.