The Macon Newsroom • May 5, 2021 • https://macon-newsroom.com/10163/arts-entertainment-2/mercer-researchers-sga-working-to-inclusively-address-universitys-past/ 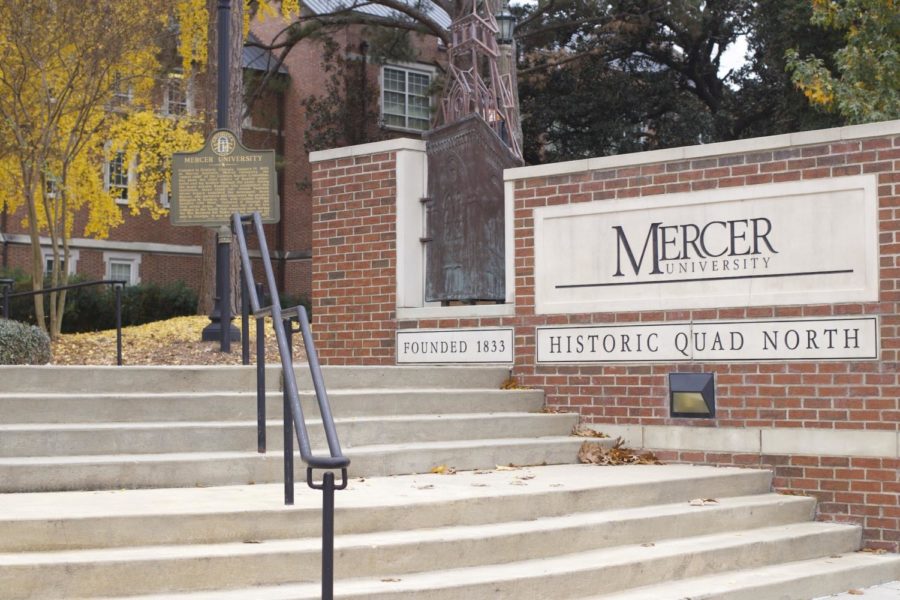 Mercer University joined 70 others institutions under the Universities Studying Slavery (USS) consortium. One Mercer goal is to recongnize Penfield's early history of slavery.

Editor’s note: Ivia Rollins is a Mercer University student writing for the Telegraph this spring.

Mercer University faculty and student researchers and members of the Student Government Association (SGA) have launched initiatives to research Mercer’s history, including its connection to enslaved 19th century Black Georgians and segregation after the university moved to Macon.

The first step was to join the Universities Studying Slavery (USS) consortium, an association of over 70 institutions, beginning with and led by the University of Virginia, with a joint purpose of conducting truth-telling projects regarding human enslavement in the early histories of universities.

After Mercer researchers address the university’s early history in Penfield, one of the researchers’ goals is to incorporate Mercer’s history in Macon, and residents will be eligible to participate, said Dr. Douglas E. Thompson, professor of history and Southern Studies and director of Mercer’s Spencer B. King Jr. Center for Southern Studies.

“The hope is that the community will embrace this attempt to reckon with the past in a more truthful way,” he said.

USS is made up of “institutions that take seriously their role in the slave economies that were existent in the 19th century when many of the schools were founded,” Thompson said.

The Spencer B. King Jr. Center for Southern Studies will lead Mercer in the examination of its engagement with slavery in the past.

“What you have to do is commit to a project, or projects, that will uncover the way in which either slavery existed on the physical campus or the university benefited from the slave economy,” Thompson said.
MERCER’S HISTORY IN PENFIELD
Mercer was founded in Penfield. in 1833 but moved its main campus to Macon in 1871.

Since the early 1900s, Mercer undergraduate students have traveled to Penfield on a trip called the “Pilgrimage to Penfield,” led by the SGA’s Heritage Life committee, to celebrate Mercer’s founding and visit the gravesites of founder Jesse Mercer, several former university presidents, and other notable figures.

“Back in the summer, when it was clear that they weren’t going to be able to do the Pilgrimage to Penfield, as it had always been done, they were trying to figure out a way to tell something that had been found,” Thompson said. “And that was the African American cemetery that is on the other side of the wall at the cemetery in Penfield that students visit.”

Thompson said members of Mercer’s SGA became interested in reclaiming the African American portion of the Penfield cemetery as a part of Mercer’s historical tour and pushed for the initiative last fall.

“We met Mrs. Mamie Hillman, who is working on an African American museum for Greene County, and she’s been working on a project to restore and recognize the burial ground locations of several African Americans within the Penfield community,” Mary-Angel Ekezie, SGA senior class president and Heritage Life committee chair, said.

Ekezie said that SGA wants to incorporate the history of the African Americans in the Penfield cemetery into the overall Pilgrimage to Penfield experience and to properly pay homage to them.

“In a similar way that we go to the burial site of Jesse Mercer and it’s kept up really nice,” Ekezie said. “I think we should do the same for those people also buried in the same area, beyond the brick wall that’s been built up there.”

The push from SGA members resulted in Mercer joining USS in the fall of 2020 and a collaboration with the King Center on the Penfield initiative.

“The commitment from the King Center is to establish an academic program that will uncover as much of the past at Penfield as we can find, as the record will give us,” Thompson said. “The main thrust at the moment is going to be about the cemetery, mostly about the wall that separates the two parts of the cemetery.”

Thompson said the long-term goal is to explain why Mercer joined USS by creating a comprehensive web presence to describe what it was like to be in Penfield and the role enslaved persons played in making the university function.