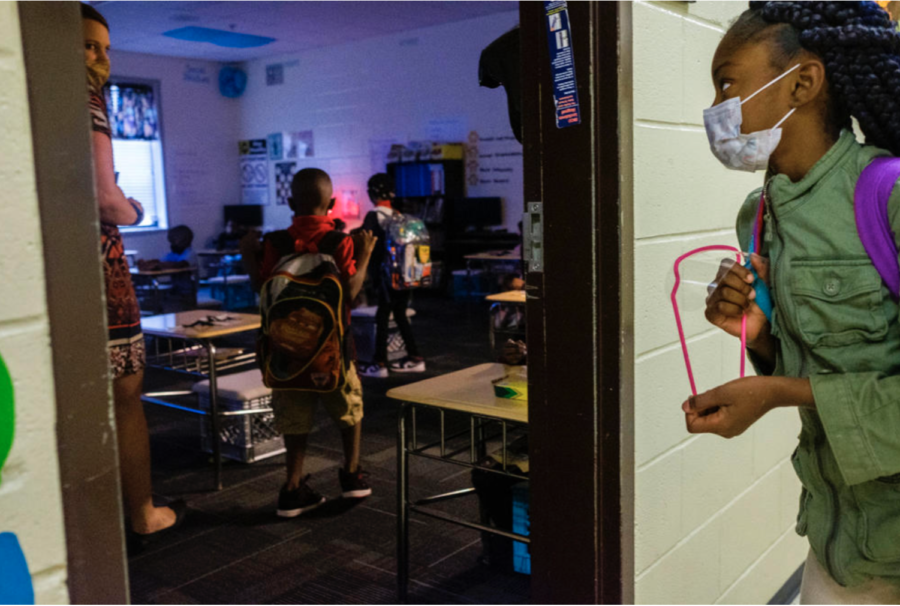 The Bibb County School District is asking parents and guardians of district students what they want to do with the massive infusion of cash in the district courtesy of recent pandemic relief passed by the U.S. Congress.

Bibb schools will have a little over $100 million in new stimulus funds heading into the next school year. That’s about half of the district’s current budget.

The district has already been soliciting opinions from school administrators about what they would do with all that cash. Now the district wants caregivers to weigh in via a three-section survey only open until May 6.

The first section of the survey is free-form and open-ended. It leaves space for up to three of the respondents’ out-of-the-blue ideas.

Rodgers said when school staff has been offered the same space to dream, they have generally landed on things such as hiring more tutors to offer more individual instruction.

“That could be anywhere from small group instruction where we try to have a smaller class size or being able to bring in day tutors to assist students on a one- or two-person basis,” Rodgers said.

Other ideas that have been floated include spending money on engagement specialists who would work with students who may have fallen off the radar during the long months of distance learning.

Sections two and three of the survey ask for feedback on two specific ideas: going to what’s called “block scheduling” at high schools and synchronizing start and end times for middle and high schools.

Rodgers said block scheduling would reduce the number of classes a high school student takes from seven to four in a given semester. That comes with pros and cons. For one thing, classes would go from 45 to 90 minutes in length.

“So there’s more time to concentrate on one subject,” Rodgers said. “And in some cases, there’s less transition from one class to the other.”

Which may be a plus or a minus, depending on the student. For some, 90 minutes maybe more class than they can pay attention to.

“That’s why it’s important that we find out: Is it better for your child if they continue having seven classes each day or being able to focus on four classes in one semester?” Rodgers asked.

There are also pros and cons to having middle school start when high schools do. One plus Rodgers sees is a more seamless day, and maybe even more class opportunities for middle school students who have some high school-level instruction.

People who find themselves dropping off a student at a high school only to return to the same campus an hour later to deliver a middle school student may see synced bell times as a bonus.

Rodgers said if a new bell time for middle schools were adopted, it would probably align with the current high school start time of 7:30 a.m.

The district is moving fairly quickly in figuring out what to do with the millions in pandemic relief. The district will hold a meeting open for public comment on the proposed budget on May 12, only six days after the caregiver survey closes.

Rodgers said they hope to get a budget approved by the school board eight days after that, on May 20.